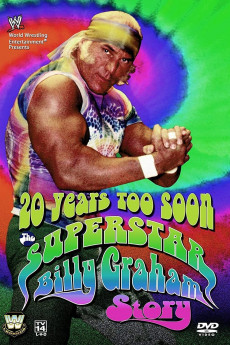 Sport At one point officially the strongest man in the world "Superstar" Billy Graham is legendary in the world of wrestling memorable for his costumes and attitude as much as for his astounding physique. The influential fighter here looks back on his life touching on his early work with the NWA and WWWF and discussing his infamous feuds. He also talks about his steroid use and how it has affected his life and work.